About the 14th Circuit Solicitor's Office

Our primary role is to prosecute all cases in General Sessions Court, certain misdemeanors in Magistrate’s Court and all criminal cases in Family Court. Each year, we prosecute approximately 5,000 cases. 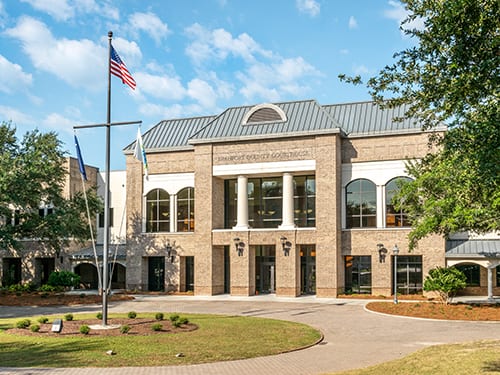 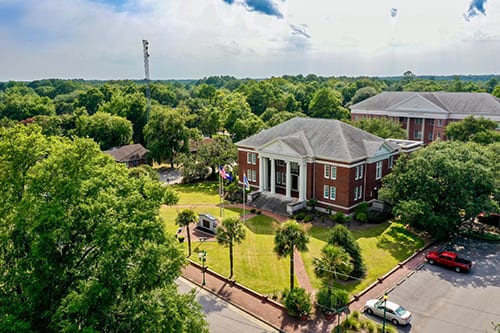 The Solicitor's Office in other news media

How to apply for a Freedom Of Information Request

Why we can't answer all of your questions ...

Check the status of a case.

Track the status of an inmate. WALTERBORO, SC (Oct. 13, 2022) – A Cottageville man with a history of harassing people at a rural cemetery in Colleton County has been found … First graduate of Colleton treatment court grateful to be out of prison, on road to recovery

WALTERBORO, SC (September 1, 2022) – Talon Barnes was such a tough case, even the program director who approved him for a new Colleton County … Stone’s novel idea not only shut revolving door; it saved counties money, too As the Beaufort and Jasper detention centers almost literally overflowed with defendants …

Solicitor Duffie Stone has been chairman of the S.C. Domestic Violence Advisory Committee since its inception in 2015. This multidisciplinary body was formed to decrease the incidences of domestic violence by developing an understanding of its causes, planning and implementing changes within agencies represented on the committee to stem domestic violence; and advising the governor and General Assembly on policies and practices that will prevent domestic violence.

Measures taken after March 2020 to stem the spread of COVID-19 included shutdowns of many court operations, including jury trials. Unfortunately, crime continued unabated. The result is a substantial backlog of criminal cases in jurisdictions around the country, including South Carolina’s 14th Judicial Circuit. Solicitor Duffie Stone has a plan to reduce the backlog much faster and to provide updates here to track our progress.